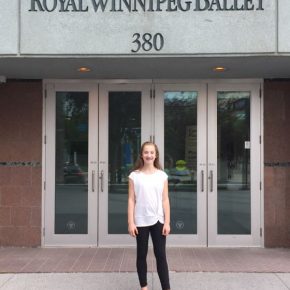 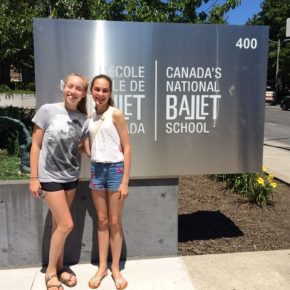 Our Pre-Professional Academy students, Marin (15) and Priscilla (14), ready to begin their first week of the Summer Program at Canada’s National Ballet School in Toronto. The four-week summer program is also the second-level audition for their full-time professional division. This is Marin’s third summer at NBS and Priscilla’s first.  Marin was invited to the […] 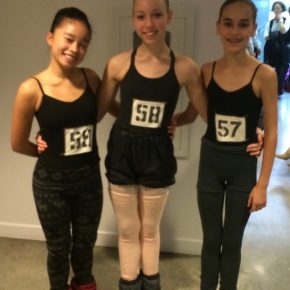 Fraser Valley Academy of Dance students are spending yet another summer training at prestigious dance schools across North America after being accepted at every audition they attended this year.  These students will train for four weeks at some of the best facilities in the world, taught by former professional dancers, some of whom were dance […] 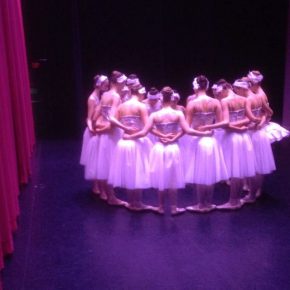 A beautiful moment shared by our swans on stage just before their performance in Swan Lake (excerpts) at the Clarke Theatre yesterday.

Student helpers play a very important role in our Academy performances. In the Primary School Show, we assign two helpers to every class.  They are their helpers for the whole week, helping them change into and out of costume, making sure that they are in the right place at the right time, keeping them occupied with […]

From May 15, registration is open for 2022-23 for new students.  Families may register online at any time to create an account with the necessary contact information prior to their

From May 15, registration is open for 2022-23 for new students.  Families may register online at any time to create an account with the necessary contact information prior to their placement.

For students interested in levels of Ballet 1 and above, please contact the office for a placement class to be sure of the correct level.

Students interested in Pre-School Dance, Ballet Prep, Ballet 1 Fnd or Adult classes may enrol without placement based simply on their age and/or experience.

For currently-enrolled families, please review your pre-approved classes which have been assigned for each student in their online account for quick-and-easy enrolment.

What are Pre-Approved Classes?

How do I enrol in Pre-Approved Classes?