About us Lower mainland ballet and musical theatre school 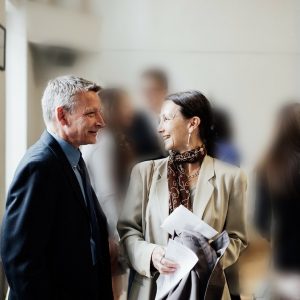 Mr. Carney has been in the dance world since 1965 when he began training at the Dorothy Stevens School of Dance. An RAD York Scholar, he obtained Highly Commended Advanced (now Advanced 2) RAD Certification.

At the age of 15, he was then accepted into the prestigious Royal Ballet School in London, England. At the age of 17, he began his 17-year professional dance career, becoming Soloist with the renowned English National Ballet and Principal with the acclaimed Rambert Dance Company.

Mr. Carney has performed around the world, working with numerous notable dancers, teachers and choreographers, including Rudolph Nureyev, Johaar Mosaval, Vassilie Trunoff, Dame Alicia Markova, Sir Anton Dolin, John Field, Lynn Seymour, Dame Beryl Grey, Peter Schaufus, David Bintley, Ben Stevenson, Merce Cunningham, and Richard Alston. He danced with Rudolph Nureyev in his production of Sleeping Beauty, as well as in the original cast of Nureyev’s production of Romeo and Juliet, touring with him in Australia, France, the US and England.

Mr. Carney has been a teacher and choreographer at major international schools throughout Europe, the US and Canada, including the Royal Ballet School and Rambert Academy. He was Artistic Director of the Manc Dance Company and Carney Dance Academy in England, as well as the New Haven Ballet, a school of over 450 students in Connecticut, USA.

Having received the highest training at the prestigious Royal Ballet School, followed by an esteemed professional career as both classical and contemporary dancer, teacher and choreographer, Mr. Carney knows exactly what students require to achieve their goals of excelling in dance. Whether for recreation or professional careers, Mr. Carney offers all of his students a superior dance experience in a disciplined, nurturing and enjoyable environment.

Between 1996 and 2000, Mrs. Carney was the Administrative Director for Manc Dance Company and the Carney Dance Academy in England. From 2004 to 2006, she volunteered for the New Haven Ballet in Connecticut in many areas of administration and technical support.

Mrs. Carney is proud to offer her technical and business background to assist in the administrative, technical and production aspects of the Fraser Valley Academy of Dance.