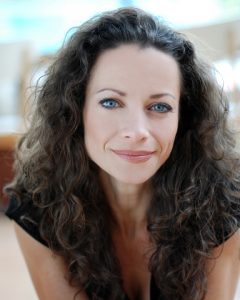 Upon graduation, she danced with several small companies before being asked to join the National Ballet of Canada in 1992-1995.

In 1996, Stephana joined Les Grands Ballets Canadiens de Montreal and quickly rose through the ranks to First Soloist. With her dynamism and dramatic stage presence, she danced a wide and eclectic variety of Principal and Soloist roles in Concerto Barocco , Nutcracker, Queen of Spades, Giselle, Pillar of Fire and Symphony of Songs to name a few. She was also a favourite muse for many choreographers and worked with such names as James Kudelka, Eduoard Lock, Jiri Kylian, Ohad Naharin, Shawn Hounsell, Septime Webber and Kevin O’Day. Stephana was invited to dance at many Gala evenings such as tributes to Celia Franca, Evelyn Hart and other highly respected dance festivals across Canada. 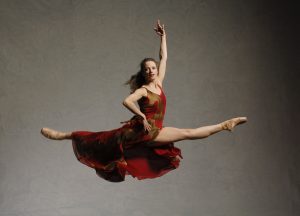 The year 2003 brought her to Ballet British Columbia where she danced a diverse array of Principal roles, from the Woman in Mark Godden’s Conversation Piece, John Alleyne’s Faerie Queen, Kylian’s Petit Mort and lastly, Jean Grand-Maitre’s Carmen to rave reviews in 2007. While still dancing she became Ballet B.C.’s Company Teacher from 2004-2009.

In 2010, Stephana came out of retirement to dance in the Opening Ceremonies for the Vancouver Winter Olympics. Currently she is an Award Winning Choreographer, Resident Choreographer for Catching Art Contemporary Ballet Theatre, Senior Coach at Pro Arte Centre in North Vancouver and is a sought after Guest Teacher, Adjudicator and Personal Trainer.  (http://www.stephana-balletfit.com/)

Stephana Arnold joined Fraser Valley Academy of Dance as a guest teacher for classical ballet during our August 2017 Summer Intensives.  She continues to teach at FVAD during the school year with classes in Classical Ballet and Contemporary Dance.