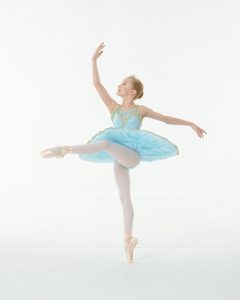 FVAD alumnae, Anna, will perform the role of Marie (Clara) in the National Ballet of Canada’s Nutcracker 2018.

In only her second month of training at NBS, Anna learned that she would be cast as Marie (Clara) in the upcoming season of Nutcracker.

Anna will now experience the amazing privilege of performing this coveted role on stage with the dancers of the National Ballet of Canada, and select students of Canada’s National Ballet School. Isabella has already had the excitement of the production, having been selected to perform in multiple roles in the National Ballet’s Nutcracker in 2017.

Huge congratulations to both students in this exciting next chapter of their training!

Thanks to both NBS and National Ballet of Canada for making dreams come true. 🙂

September 30, 2022 marks the second National Day for Truth and Reconciliation. The day honours the lost children and Survivors of residential schools, their families and communities. Public commemoration of the

September 30, 2022 marks the second National Day for Truth and Reconciliation.

On September 30, all Canadians are encouraged to wear orange to raise awareness of the very tragic legacy of residential schools, and to honour the thousands of Survivors.

Both the National Day for Truth and Reconciliation and Orange Shirt Day take place on September 30.

Orange Shirt Day is an Indigenous-led grassroots commemorative day that honours the children who survived Indian Residential Schools and remembers those who did not. This day relates to the experience of Phyllis Webstad, a Northern Secwpemc (Shuswap) from the Stswecem’c Xgat’tem First Nation, on her first day of school, where she arrived dressed in a new orange shirt, which was taken from her. It is now a symbol of the stripping away of culture, freedom and self-esteem experienced by Indigenous children over generations.

When purchasing clothing or other items with indigenous designs, always ensure that you are purchasing from legitimate sources with funds going to the artist and/or supporting indigenous community.

Please note that classes will be running as scheduled on September 30.  It is expected to be made a statutory holiday in BC from 2023.